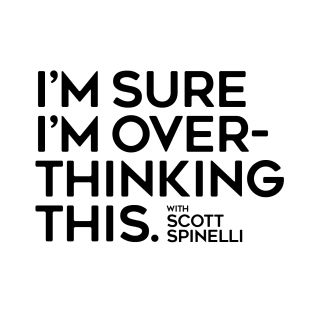 Zach Schonbrun, contributing sports and business writer for the New York Times, is the guest this week. Here’s some of the stuff we talked about: is the Times just trying to piss me off with N.B.A and Mr/Mrs’ing everyone? (1:30), my one shining moment at Syracuse–the SU Media Game wherein I destroyed Zach’s ankles and acted like a jackass (4:51), Zach’s decision not to major in journalism while at Syracuse and get the practical education through experience (7:32), why his first job with MLB.com convinced him to go to grad school for journalism (11:09), how the work he put in at the school paper that would keep him there 5 days a week from 5pm to 1am so often felt like being involved in a fraternity (17:05), the brotherhood of the Daily Orange that helped send this year’s class to Indy and Houston to cover the Men’s and Women’s Final Four (20:25), my most burning question: What the hell does a non-beatwriter like Zach do every day? (24:35), Zach discusses the book proposal regarding the intersection between neuroscience and sports that’s been taking up most of his time lately (29:10), how does a contributing writer get paid and make money while avoid being taken for granted? (31:30), how his Kindle Single “One Great Shoe” came to be (37:48), how a writer should and does handle their story idea changing or evolving as they are doing the reporting (41:43), what percentage of story idea/pitches are from the writer or the editors and what makes someone good at coming up with fresh angles? (43:09), why Zach thinks the way sports reporting is done is going to have to change as we move forward (49:03), his concern that journalism is heading more towards the team and player led-media (ThisIsMelo, The Players’ Tribune) and that readers may not be able to tell (or care about) the difference between biased and non-biased media (52:07), how having a business story of his killed at the Times helped hone his bullshit filter (54:22), why he bristles at the notion of having to be a “personality” when being a reporter (1:00:48) and of course, Zach’s chance to ask me a question (1:03:39).

Check out his Kindle Single “One Great Shoe” chronicling the rise and fall of And1 Shoes. It’s good. For real.