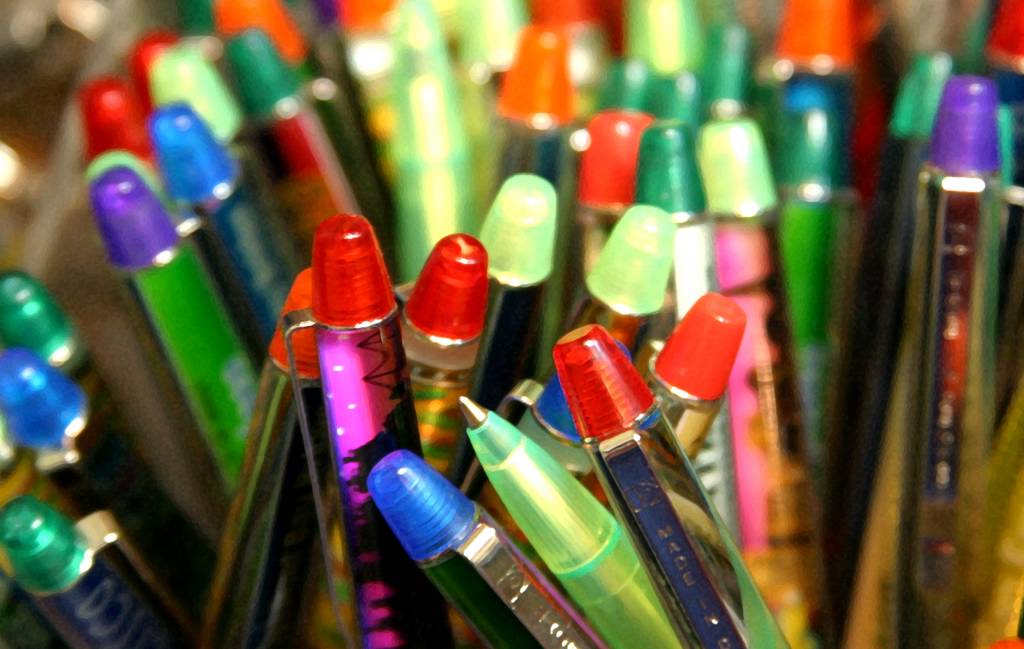 I don’t lift my hand often when I write. I have fat fingers (relatively… they sort of look like baby sausages). I have what almost everyone would consider to be, at best, poor handwriting.

Finding a pen that fits me like a glove, that’s a great feeling. I want to love the rollerball pens, they just seem so fucking cool. But, like I said, my style makes whatever I’m writing a mess if I’m using one of those.

For me, the ballpoint pen is my go-to. Give me a fresh pad, a ballpoint pen that has a full load of ink (and, more importantly, isn’t one of those pieces of shit that constantly makes a show of running out of ink when it’s clearly not low) and a nice grip and I’m a happy man.

For what it’s worth, there’s nothing like writing on a piece of paper. I do realize, of course, that like the button and the book, the handwritten word is going the way of the dinosaur. But, for now and until touch screens rule the world, enjoy the pen that works best for you.

(By the way, this site exists. Unreal.)

Polar Opposite of this Feeling? When a pen explodes in your pocket, or, worse, in your mouth. That literally happened to me in middle school. Side note to this side note: Am I the only one concerned that future generations won’t even know what this is like in the not so distant future? There won’t even be pens with ink to explode. I weep for the future.