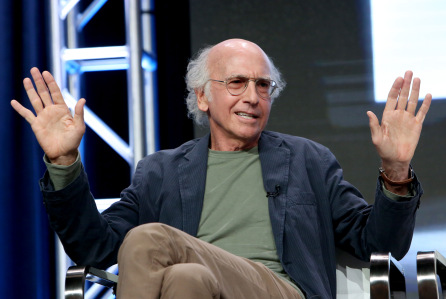 This would be a lot lower, but as we all know it never quite works out as you have it planned in your mind.

The reality, of course, is you really can’t tell many people in your life how you actually feel about them.

This includes, but isn’t limited to, your boss, your co-workers, a great number of your friends, your girlfriend or wife or husband or boyfriend and anyone you’re dating that you hope becomes one of those previous four.

However, given the accepted and known repercussions associated with carrying this action out it does say something about how good it feels to do it that, even with all the baggage it carries, it’s still in the top 150.

To be fair: a lot of this is based on how I’d imagine it would go. In my life, I think I’ve told someone how I really feel about them less than two times. And I’m only saying that because if I said zero, no one would believe me. But, I think it’s closer to zero.

Outside of Curb Your Enthusiasm, it’s just not socially acceptable. But, that’s what makes it so enjoyable, so fun. It’s the forbidden fruit, the complete release.

And most of you are probably assuming, especially given the picture used above, that I’m talking about someone you don’t like. A lot of them… yes, that’s what I’m referring to. But, in the case of a partner, it often is the other way until you’ve reached a deep stage in a relationship where you can really be honest.

I wish I had some good story about how I told a friend I didn’t really care for any longer that we were through as pals, no hard feelings, and listed in painstaking detail my reasons for officially dissolving the friendship. They would be initially surprised by what I was saying, but the specificity of my claims would ultimately ring true, they’d see my side and we’d part amicably.

Alas, I have no such story.

So, if you ever decide to do this and get this feeling on your belt, let me know.

Polar Opposite of this Feeling?: Telling a girl how you feel about them—in the positive—and getting basically nothing back.