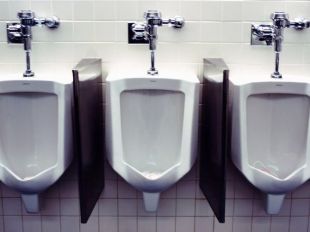 Taking a dump has its own merits, but this is just slightly better in my opinion for a few obvious reasons.

First, it’s quicker. Sure, taking your time with a good ole number two isn’t a bad thing, but brevity often wins out in my opinion.

Third, unless you’ve had some sort of enormous salad with whole milk and Indian food, the great release of a long-held pee is unlike many other feelings in this world.

You’re going for so long, at a certain point, you don’t even feel it any more. You’re on autopilot, just kicking back and enjoying the bliss of piss.

Polar Opposite of this Feeling?: You’re walking home from the subway or bus or whatever and you know you’ve got at least 4-5 more blocks or 10-15 more minutes until you can finally get to a bathroom… That wait and build up and oncoming UTI are your polar opposites.